I’ll be the first person to stand up and say that I’ve been riddled with self-doubt most of my life.  But, as I successfully proceeded through my Master’s program, maintaining my perfect 4.0 GPA, I slowly began to believe in my abilities.  Early on during the first of two thesis-writing classes, it was suggested that we start putting our work out there by finding/entering as many writing contests as possible.  So, I immediately researched contests for my genre and sent my work off.  Then, the wait began to see if what I’d sent was good enough to make it through to the final round of each of the contests.  The info provided said it could take up to three months to receive notification/feedback, so I went on working on my thesis, pretty much forgetting about it.

Then one day, an email from the chairperson of the first contest arrived in my inbox.  Nervously, I opened it, only to read the words, “Thank you for submitting your work to the (blank) contest.  Unfortunately, it did not make it to the final round.”  I was then advised to download my score-sheets from the three judges.  I was truly disappointed that my work wasn’t chosen, but thanks to that voice of self-doubt, I wasn’t surprised.  I was totally surprised to find that two of the judges had given my work high scores (just shy of what it took to make the final round), while the third ripped it apart – closing the whole thing by telling my that she liked my story idea and to work on refining my craft.  Okay – I’d read about how the key to becoming a successful author was developing a thick skin.  I took some notes from those score-sheets, closed the files, and started trying to revise what I’d submitted.

Last week, a second email arrived from another contest I’d entered.  Once again, the chairperson thanked me for submitting but regretted to inform me that my work didn’t make it to the final round.  When I opened up these score-sheets, the first one looked like it was covered in blood.  The judge warned me that she typically offered a lot of feedback, but I was overwhelmed by all the comments, marks, and suggestions I saw.  Still, when all was said and done, I received a score of 40/50 possible points.  The second judge didn’t cover my submission with red, but gave me a score of 42/50.  As I looked over both score-sheets, I felt my confidence level sink to the point of actually making me consider just giving up on the whole idea of becoming a successful author.  All I kept hearing in my head were the words I’d heard my whole life: “What you’ve done just isn’t good enough;” “You’re almost good enough, but not quite.”  Something I overheard once came echoing back: “She needs to find a real job instead of trying to write some stupid book!”  Let me tell you – that one’s stuck with me for a long time!

And then one day, as I was having a particularly heavy “feel sorry for myself” moment, I told someone I was seriously considering giving up – that my dream of becoming a writer was just that – a dream.  This person made a comment about how when you’re striving to create, you do it because you have to do it, not because you want to make a living out of it.  If it’s what you’re meant to do, things will fall into place.  As I thought about her words, I realized that I’d been working on this particular story for almost 18 years, in one form or another – which meant I must have a story in me that I need tell.  So, I opened all those feedback emails and I re-read each of them, doing my best to look at it as what it’s meant to be: a learning tool.  And I made up my mind, with the help of that person’s wise words, that I’m not ready to give up on something that’s been so important to me for so long.

I can’t say that my confidence level has come back up completely.  I still look at those emails and wonder how in the world I’ll ever be able to revise my work to meet those standards and suggestions.  But what I’m going to try to focus on is this: each of those judges said some positive things about my story – in spite of all the mistakes, suggestions, and comments.  Even the judge who gave me that low score said I had a good story idea in the making.  Perhaps even more important than that is what this story actually means to me – and what it will mean to me to finally complete all of the massive revisions.  I will also have one more person to thank in the dedication.  If she hadn’t stepped in, I would have probably quit! 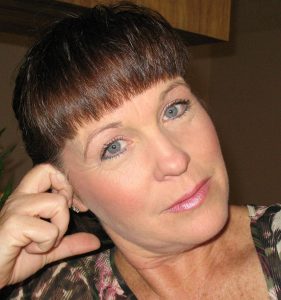 Hi!  My name is Lori Domingo and, in case you haven’t guessed, I’m an author!  My genre of choice is Contemporary Inspirational/Christian Fiction, but I also enjoy exploring the tropes of clean romance and women’s fiction.  My first manuscript, Light of Grace, is a work-in-progress and I hope to have the first draft completed by the end of the year!  I’m currently pursuing my MFA in Creative Writing – Fiction and also hold an MA in English and Creative Writing from Southern New Hampshire University.  My goal is to sharpen my skills and add to my writer’s toolkit by sharing my thoughts on all things writing!